Updated 31 March 2021
• Nagaland has launched ” I- Learn” a capacity building and performance tracking app for Community Health Officers.
• International Transgender day of visibility is observed on 31st March.
• Union Minister of Finance and Corporate Affairs Nirmala Sitharaman attended the 6th annual meeting of the board of the governors of Development bank.
• India will participate in the France- Led Naval drill “La Perouse” for the first time in the way of Bengal. Australia, Japan and USA will also participate in La Perouse.
• Noted Marathi writer Dr. SharanKumar Limbale will receive Saraswati Samman 2020 for his book Sanatan.
• A book “1232 km: A Long Journey Home” is authored by Vinod Kapri.
• Mahinder Giri is the name of the only ranger from Asia who has won the Prestigious International Ranger award for his contribution towards conservation.
• Virat Kohli has become the third captain to lead India in 200 International matches.
• World’s First Ship Tunnel is being made  in Norway.
• Laszlo Lovasz and Avi Wigderson both has been awarded  ‘Abel Prize’ for 2021.
• Anish Saha will take over as the Managing Director and CEO of Mahindra and Mahindra.
• Lewis Hamilton has won the 2021 Bahrain Grand Prix title.
• Uttar Pradesh state government has approved affordable Rental housing and complexes scheme for urban migrants/ poor labourers.
• Sassou Nguesso is the name of president of  republic of Congo.
•  ‘Girl Gang’ a track by  singer Gin Wigmore, has been announced as the official song of the 2022 ICC women’s World Cup and she is from Newzealand.
• Ministery of AYUSH has set up an interdisciplinary team of experts to explore the potential of Yoga as a productivity  enhancing tool for the population. 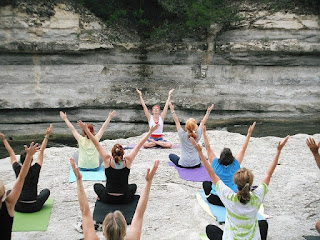 • Yogasan sport for both male and female categories have been included in khelo India Youth Games, 2021.
• Sanjeev Kumar has been appointed as the chairman of Airports Authority of India.
• Vivek Murthy is the name of Indian- American  Physician Who has been confirmed by the Senate as President Joe Biden’s Sergeon General.
• The Governments has extended the term of Principal Scientific advisor
K. VijayRaghvan by a year.
• NV Ramana will be the 48th Chief Justice of India.
•  Indian coast guard ship ‘Vajra’ was commissioned by General Bipin Rawat, chief of Defence staff at kattu palli in Chennai.
• International day for the Eliminating Racial Discrimination is observed on 21 March and it’s theme is ” Youth Standing  Up against Racism”.
• Well known Hindi writer Professor Sharad Pagare will be conferred with the prestigious Vyas Samman  2020 for his novel ” Patilputra ki samragi”.
• ESAF Small Finance Bank has been awarded the “Great Place to Work” certification by the Great Place to Work Institute.
• “The clock is ticking” theme of World Tuberculosis (TB) day. It is observed on 24 March.
• Vice President M Venkaya has released the book “Bringing Government and People Closer”. It is authored by M Ramachandran.
• World Meteorological day is observed on 23 March and it’s theme is ” The Ocean, Our Climate and Weather”. 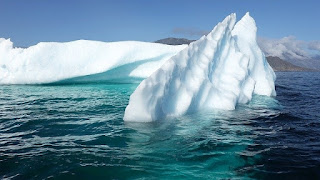 • China has the strongest military forces in the world while India stands at number four. According to a study  released by defence website military direct USA is on second place.
• Nozomi Okuhara won the all England women’s title by defeating Thailand’s Pornpawee Chochuwong. She’s from Japan.
• Lee Zii Jia has won the all England men’s title by defeating Denmark’s  Viktor Axleson. He is from Malaysia.
• Ganemat Sekhon has won a Skeet medal in the shooting world cup at the Dr. karni Singh Range, Tughlakabad. It was the first ever world cup medal for India in women’s Skeet.
• Successfull test fired a new version of the  surface to surface Nuclear- capable ballistic missile (Stand off Anti-Tank) “Shaurya”  at the Balasore, off the coast of Odisha.
• SCO announced to conduct ‘pubbi Anti terror 2021’ exercise.
– SCO stands for Shanghai Cooperation Organisation.
– ‘Pubbi Anti-Terror 2021’ will be a joint anti terrorism exercise.
– India Pakistan and China will be participat in this exercise. Vladimir Norov is the secretary general.
• Odisha state government launching the radio pathshala program For students upto class 8.
– state government has launched a slum upgradation programme  to make the state slum free in 3 years.
• Italy recently joined the International solar alliance.
• Recently the home government introduced the ‘Delhi national capital territory governance bill 2021’ in the lok sabha for amendment in ‘ Delhi national capital territory government act 1991’.
– According to the bill government in Delhi shall mean the ‘lieutenant Governor’.
– This is to say government in any law made by the legislative assembly shall mean the ‘lieutenant Governor’.
– According to this bill the permission of lieutenant governor will be required before any decision taken by the Delhi cabinet will be implemented.
– According to this bill, the Delhi legislative assembly will not Make any rules regarding the matters of daily Administration of the capital region or in regard to administrative decision.
• 22 March Observed as World Water Day. Its theme is “Valuing Water”. 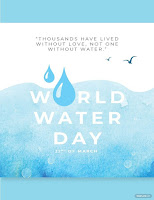 • comptroller and auditor General of India Girish Chandra Murmu has been re-appointed as the chairman of the panel of external auditors of the United Nations for the year 2021.
• France launched its first military exercise in space to evaluate its ability to defend its satellites and other defence equipments from an attack.
• Uttar Pradesh Chief Minister Aditya yoginath has inaugurated Racin Dam and ChilliMal Dam.
• Actress Deepika Padukone has join the list of young Global leaders compiled by the world economic forum.
– forum of young leaders was Founded in 2000 by Klaus schwab, founder and executive of the world economic forum.
– Deepika Padukone is founder of ‘Live Love laugh’ foundation.

• The government has approved the appointment of G P Samanta as Chief Statistician of India cum- secretary ministry of statistics and programme implementation initially for a period of two years.
• Union minister Anurag Thakur became the first serving MP to be appointed as captain in the Territorial Army.
• Axis Bank has launched the country’s first Contactless wearable payment device ” Wear N Pay”.
• RBI has removed prompt corrective action restrictions on IDBI Bank.
• International day of Forest is observed on 21 March.
• Union Cabinet has approved the Pradhanmantri Swasthya Surksha Nidhi.
•Indian Navy conducted third scorpene- conventional diesel electric submarine, INS Karanj into service. It is a part of six submarine being built under project 75 By majhagaon dock limited.
• The India and Uzbekistan joint military exercise ” DUSTLIK II” commenced in Foreign training node Chaubatia  Ranikhet, Uttarakhand.
– This is the second edition of annual bilateral joint exercise of both armies.
– The first edition of the exercise was held at Uzbekistan in November 2019.
• Chess player koneru humpy from Andhra Pradesh has won the BBC Indian sports women of the year award for 2020.
• Google has announced a new commitment to support 1 million rural women entrepreneurs in India as part of its “Women Will” program. 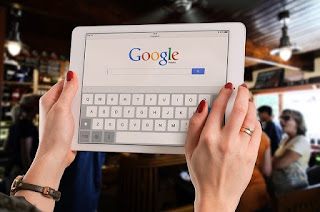 • Karnataka Vikas Gramin Bank has launched the “Vikas Asha” loan scheme for women.
• Jammu and Kashmir government has  announced the launch of super 75 scholarship scheme to support the education of meritorious girls belonging to poor families.
– another scheme named Tejaswini under mission youth has been also announced to to provide financial assistance of Rs. 5 lakh to the girls to start business.
• Indian oil Corporation limited and Odisha industrial infrastructure development Corporation signed an agreement to develop Paradip Plastic Park. 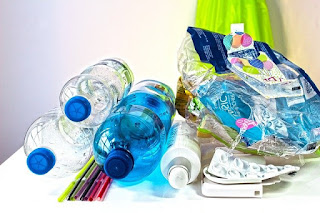 • India will play their inaugural world test championship final against New Zealand at Southampton’s Ageas Bowl Stadium from June 18-22.
• England’s Tammy Beaumont has adjudged the women’s player of the month.
• Ravichandran Ashwin was today name the ICC men’s player for the month of February.
• Ujjivan small finance bank has announce the launch of a “women’s saving account” named Garima savings account which offers a maximum of 7% rate of interest.